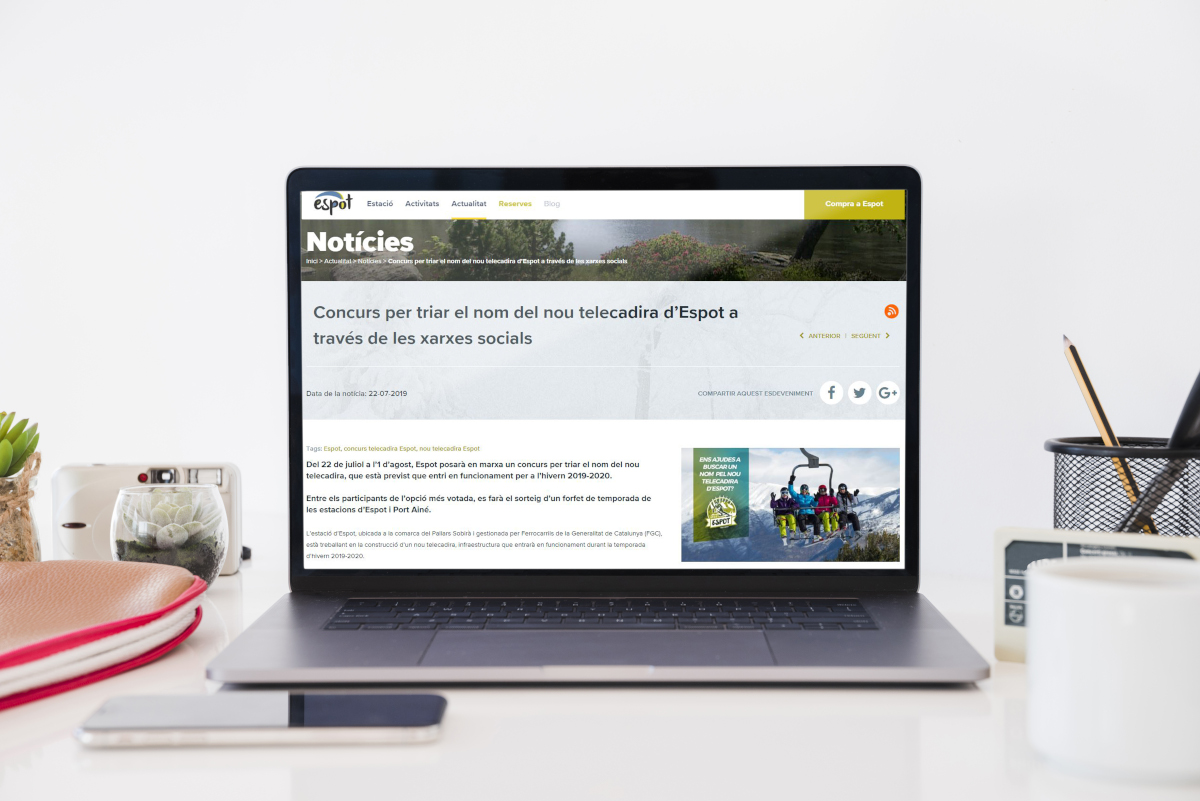 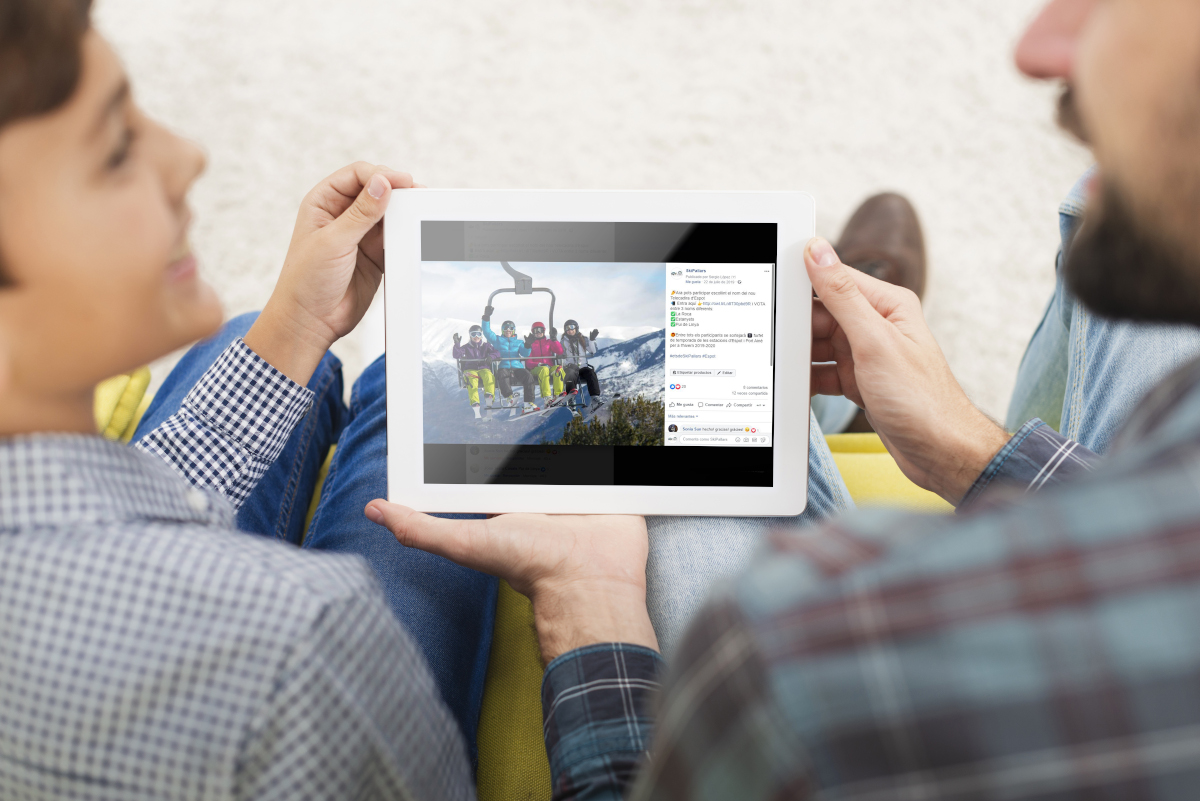 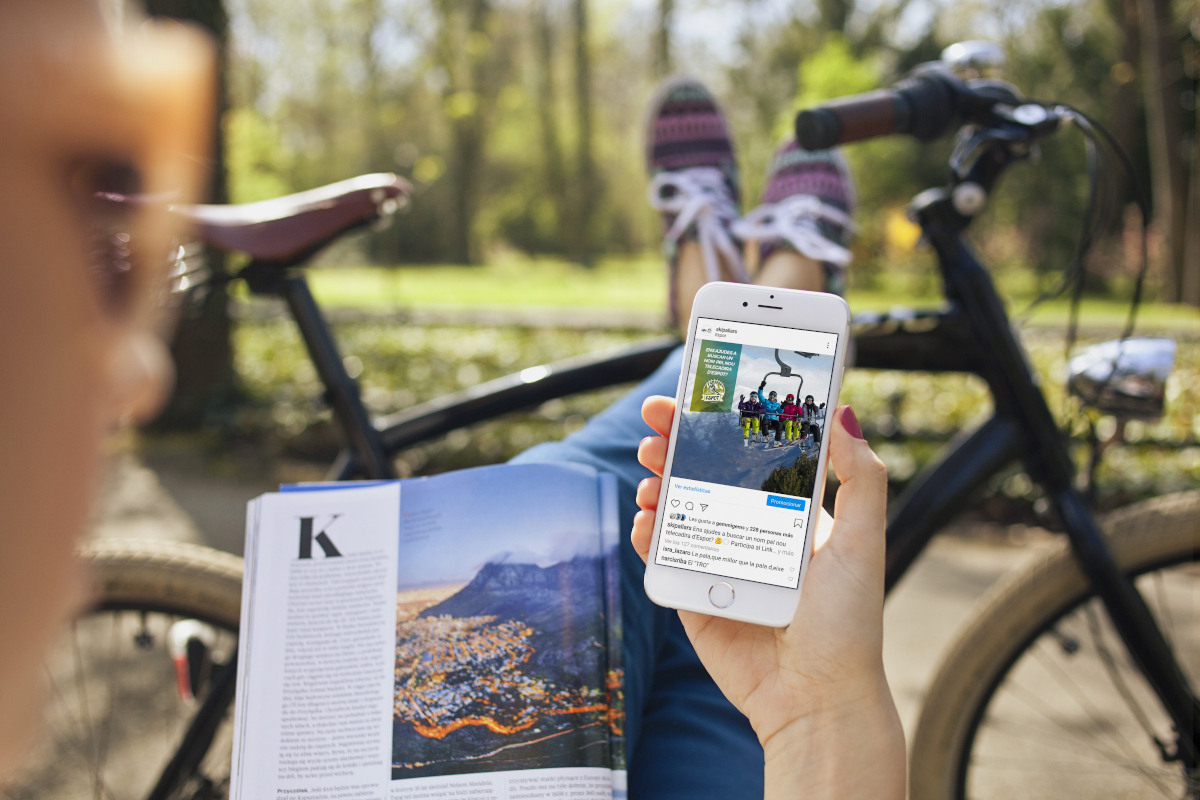 Managed by Ferrocarrils de la Generalitat de Catalunya · Muntanya i Turisme, Skipallars becomes the destination ideal of the Pyrenees of Lleida. The Port Ainé and Espot stations offer a lot of experiences in an incomparable natural setting in a unique landscape 365 days a year.

From GOline we execute Social Networks and develop different strategies of Social Media of the tourist destination Skipallars , which encompasses the Port Ainé and that of Espot , as < b> Facebook, Twitter, Instagram and Youtube .

Daily we prepare our own content of quality and interest in order to attract the interest of the public and achieve greater engagement . To do this, periodically, we create, develop and manage strategic actions such as: promotions, raffles and contests that suit the interests of the public of Skipallars.

An example is the contest that was developed to choose the name of the new Espot chairlift through Social Networks. In the contest, the participants had to vote among the 3 names that were offered: La Roca, Estanyets or Pui de Linya de Thus, the most voted option would name the new ski lift at Espot station. At the same time, a raffle was made for all participants who had chosen the most voted option, with 1 pass for the next winter season at Espot and Port Ainé stations.

A total of 1,114 people and the winning option participated in the contest was: La Roca (option that previously gave its name to the old chairlift) with 42.3% above Estanyets and Pui de Linya, which obtained 37.9% and 20.83% respectively.

All this process was done through the platform Easypromos than through By developing a voting contest, we were able to increase the engagement of followers and customers. Through a valuable content graphic and written, we involve users in the decision process of one of the most important icons important of the Espot station.

Once the contest was created, it was disseminated through all social networks from the Skipallars profile: Facebook, Twitter and Instagram , with the aim of achieving a greater reach so that the as many followers as possible.