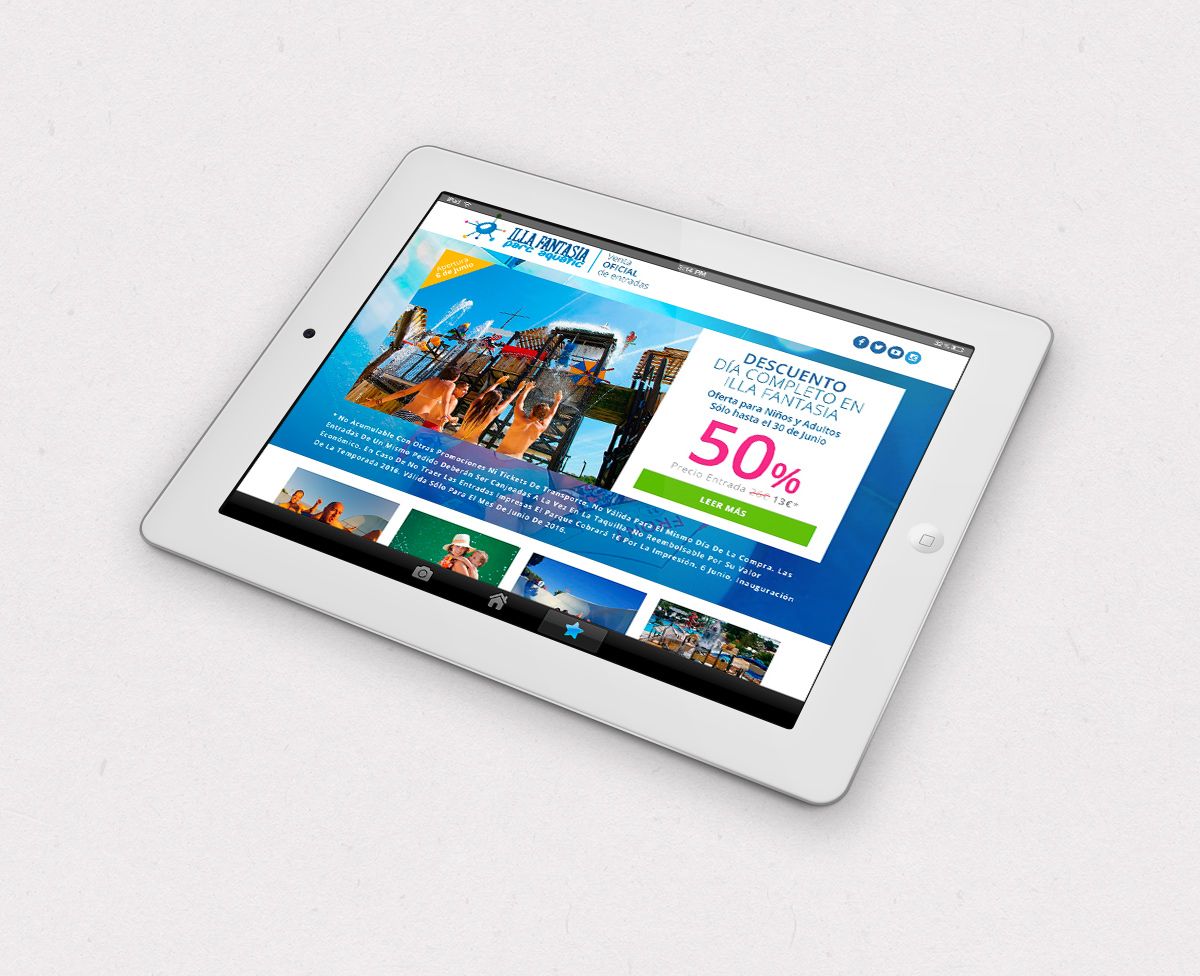 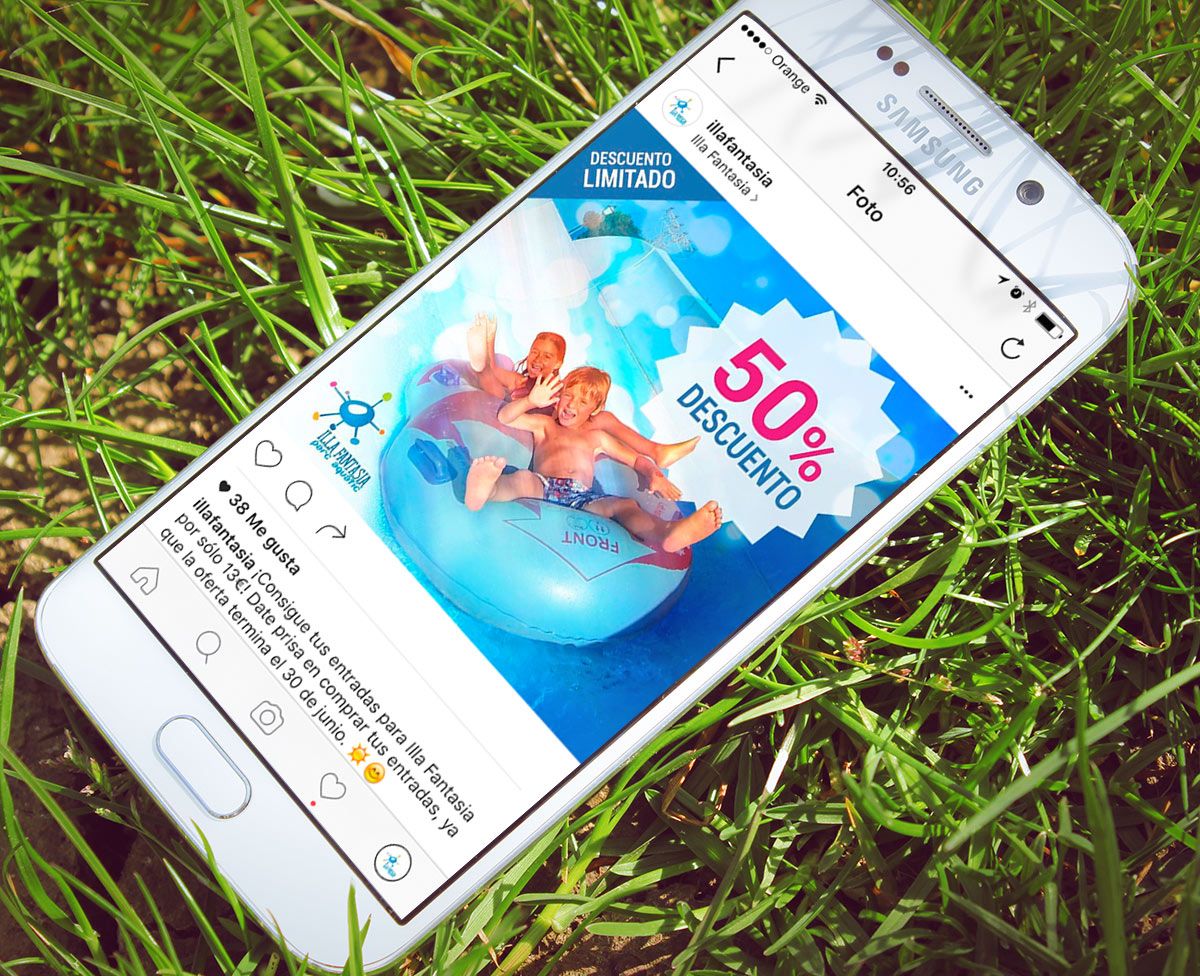 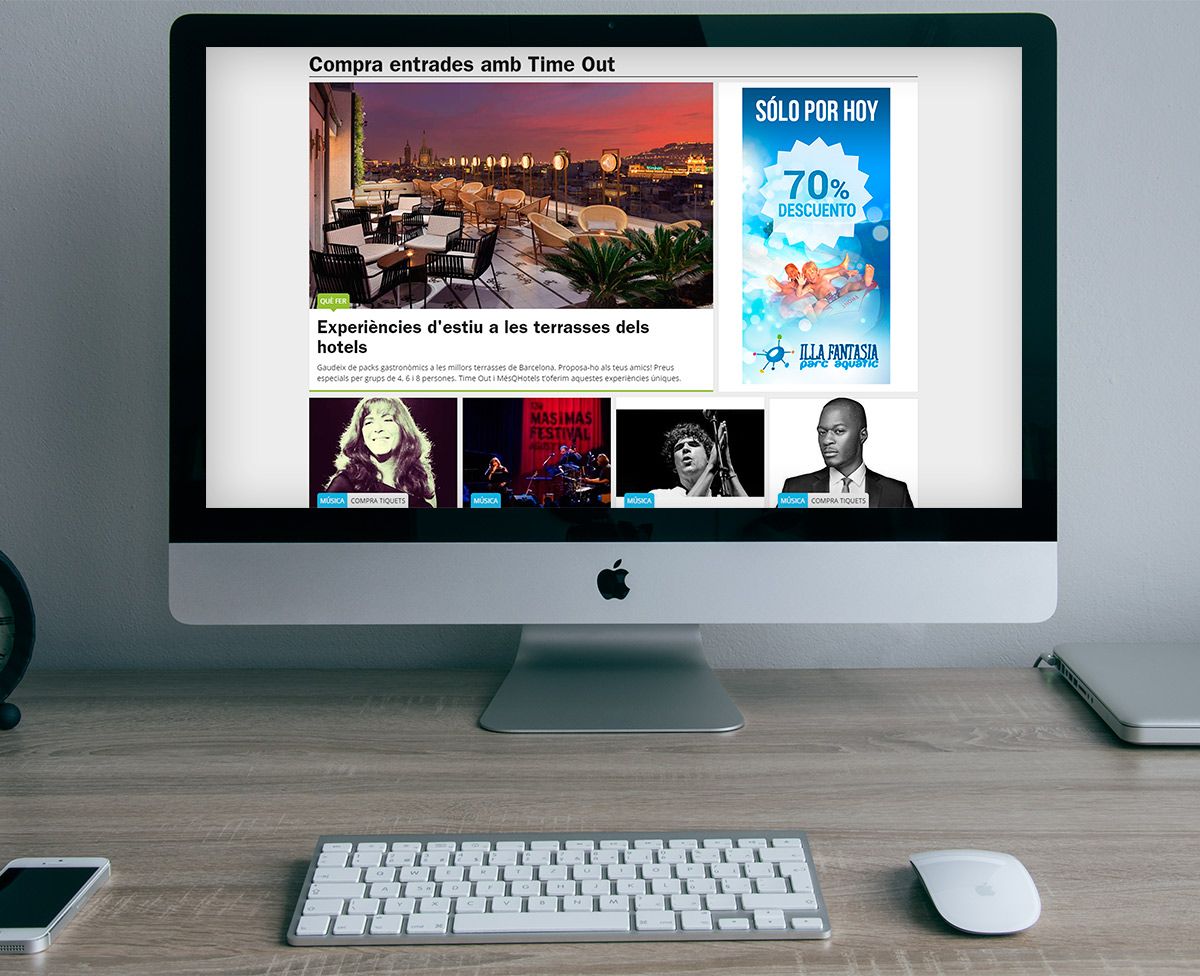 Illa Fantasia is a water park located in Vilassar de Dalt in the Maresme region. In its facilities you can find more than 22 water attractions, 3 macro pools, a playground and a large number of services to spend a great day with family and friends.

Cool off, summer is coming!

With the arrival of summer and heat, Illa Fantasia opens its doors for children and adults to enjoy this water park throughout the season.

With this, for more than 6 years, at GOline we have been in charge of spreading and promoting the opening of this water park during the summer season.

To carry out the promotion of said opening, the team of GOline We develop a campaign proposal directed to the channel of Social Media to achieve the objectives that Illa Fantasia had presented.

Thus, season after season, we create and manage a Google AdWords campaign (Display network campaign, Remarketing campaign, etc.), as well as the creation of the different graphic pieces necessary for the production, development and management of said campaign. Pieces such as a Landing page, a landing page, with a clear and direct message, also accompanied by a set of images that perfectly represent the strategic idea of ​​the proposed campaign.

For this, we work and implement the use of web analytics tools such as: Google Analytics, or the same tools that Google AdWords provides us, allowed us to evaluate the effectiveness of said Google AdWords campaign.

At the same time, we are in charge of managing Illa Fantasía’s social networks (Facebook, Twitter and Tik Tok), adapting to all the news in the sector and developing and implementing the best strategies that allow us to achieve the previously set objectives.

Don’t think twice and jump into the pool! Illa Fantasia awaits you!